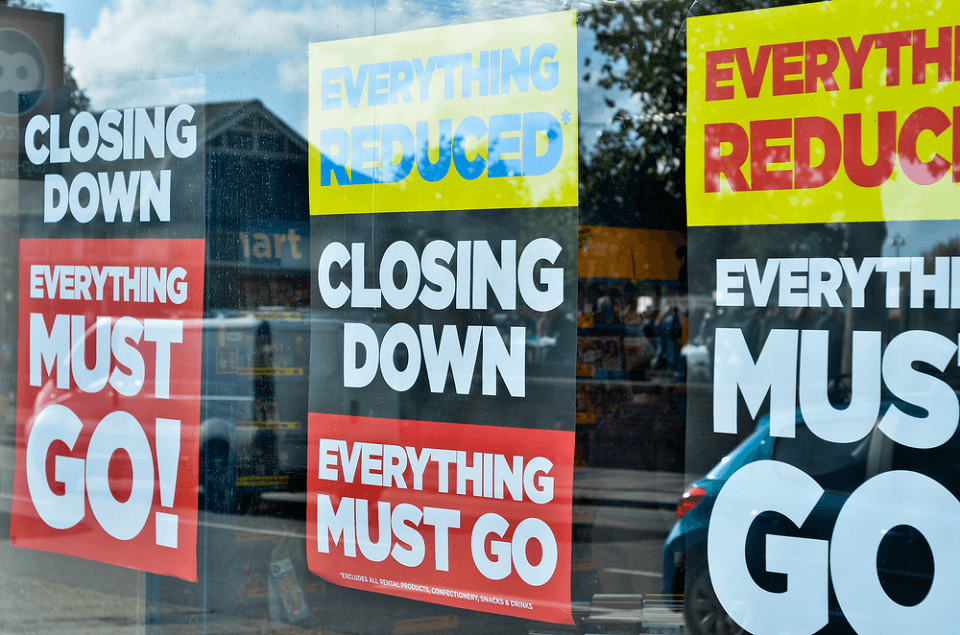 The Local Data Company, which based its analysis on the top 500 UK town centres, said a net total of 987 high street shops disappeared in 2014, almost three times the 2013 total.

Clothes and shoe shops suffered the biggest declines, it said.

It found service shops such as opticians and travel agents also saw net falls in shop numbers, but leisure stores, such as food and drinks outlets, continued to thrive.

Coffee shops, tobacconists and charity shops were among those opening the most branches last year, it said.

The biggest losers by category were mobile phone shops, which saw their numbers drop by 419, with their decline accelerated by Phones 4U’s collapse into administration.

Please Share This
Questions? Get in touch, we'd love to hear from you
CONTACT US
Copyright Shopjacket 2015. - All Rights Reserved